Well done to all the players!

The Dartford schools football season is under way and Mr Hillier has very kindly offered to be our coach again this season and gives up his time every Thursday lunchtime
to run a training session for the boys.  The JWJS team had their most successful season in 2017/18 winning every one of their league games and finishing top of the table,
then going on to win the Super Cup. Well done to all the players and of, course, to our coach! 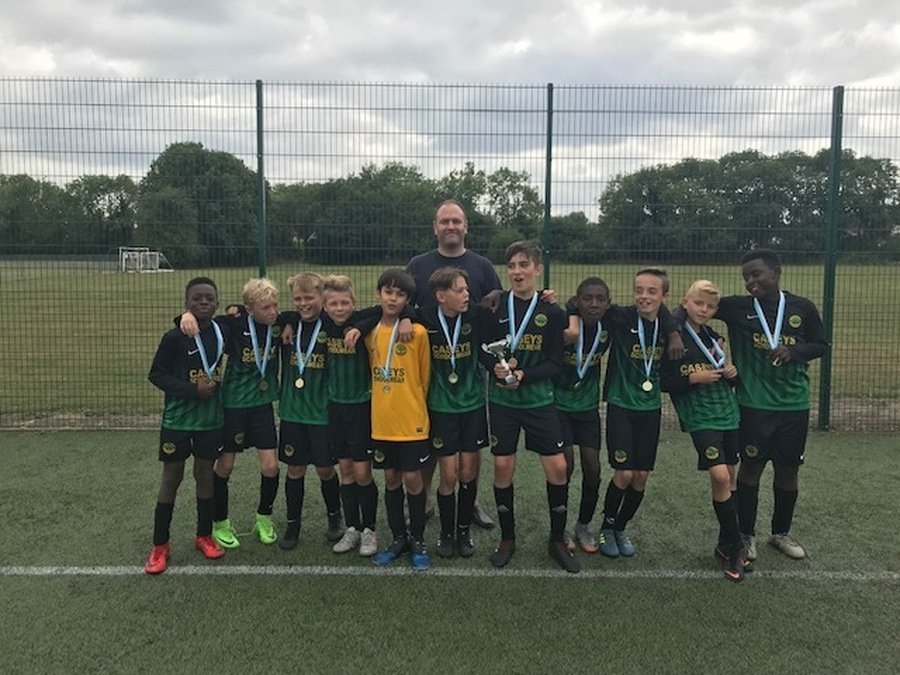 The current football season started with the annual Year 3/4 Soccer 6 festival and the Year 5/6 Boys annual tournament with the winner going on to represent Dartford District
later in the year.

Our 3/4 team won all of their games - we definitely have some promising future football league players!  The boys were runners up on goal difference!

This year the league and the FA Cup are being organised by Dartford Schools FA.  Joydens Wood have been placed in Premier League 1 with Hextable, Wentworth, Maypole, Sutton at Hone and Oakfield. 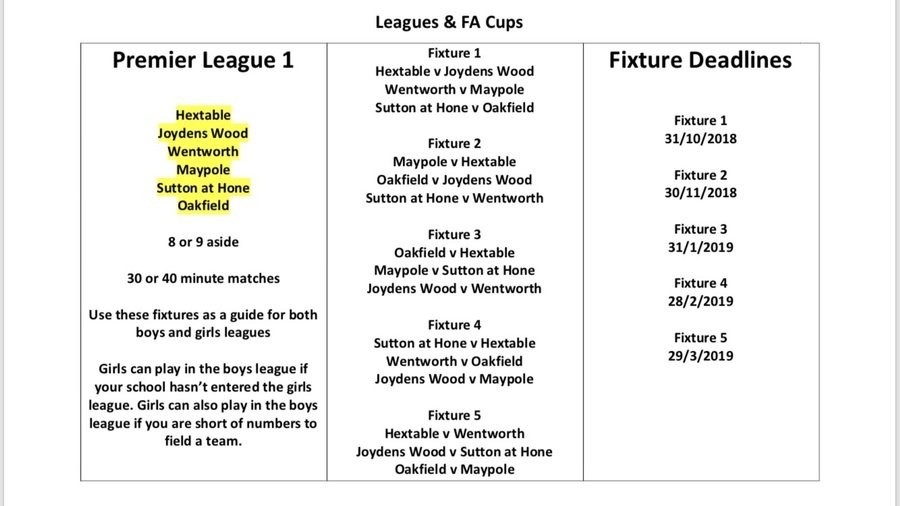 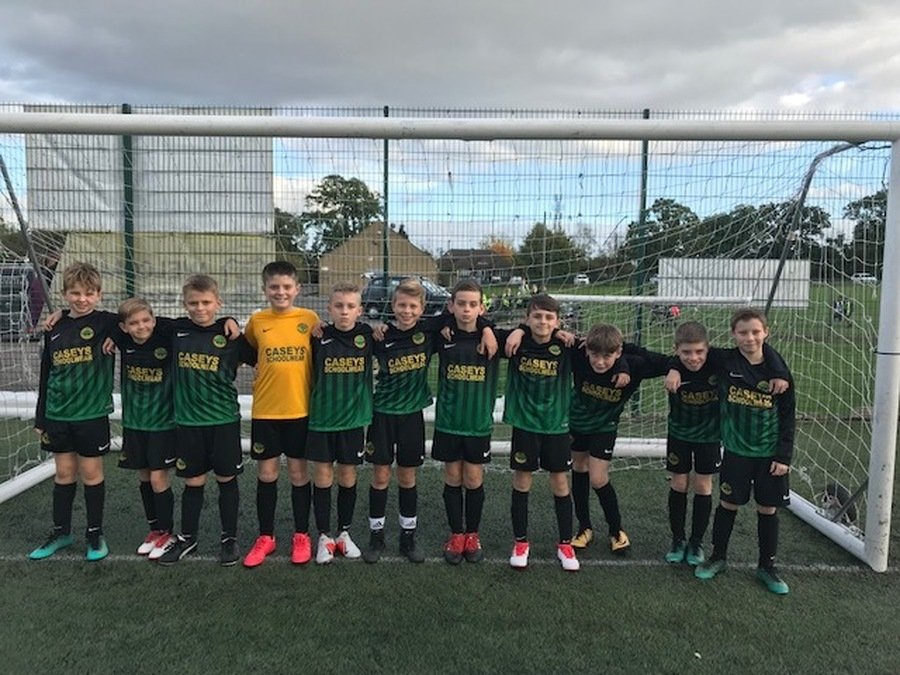 We also play friendlies throughout the year against teams who are not in the league and teams from Swanley District.  We played our first
friendly against Temple Hill on 11th October winning 5-1. Well done to Shay for scoring his first goal for JWJS! We have a Year 5 game coming
up on 7th November against St.Mary's. 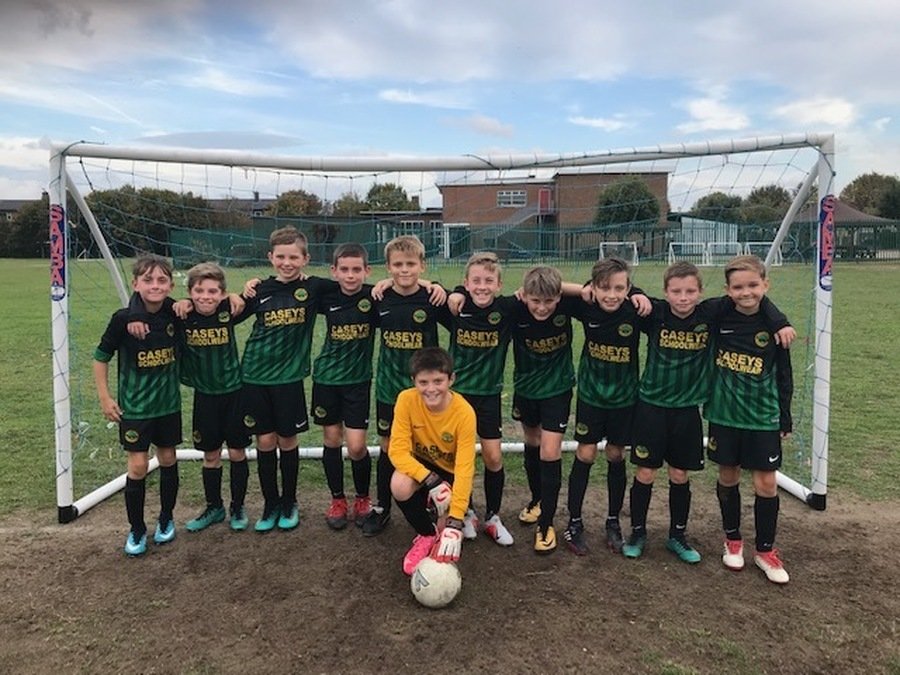 This season JWJS have 5 boys who have qualified to play in the Dartford District team - Louie, Henry, Ben, Jake and Charlie.  Well done boys!