All our competitors had been invited to the club by the Head Coach for a couple of training sessions before the event. This proved extremely useful as they learnt lots of tips and techniques!

There were lots of children jumping on the day, all in different categories depending on their ability and age.

Our routines went exceptionally well and after the results were confirmed, the boys, two teams of girls and the intermediate girls had qualified for the Kent School Finals to be held in Gillingham in March.

Well done to all our jumpers!

After qualifying in the regional heats, Joydens Wood went to the Kent School Finals on Thursday 19th March at Jumpers Rebound Centre in Gillingham where there were over 200 competitors from primary and secondary schools in Kent.  We had a boys' team and two girls' teams in the Year 5/6 novice group and two girls in the Yr 5/6 intermediate group.

They were all very nervous as some of them hadn't competed in a major competition before.  The novice category competitors had to perform two compulsory routines and the two intermediate competitors had to perform one compulsory and one voluntary routine.  This meant they could perform some more difficult moves and somersaults to be awarded extra marks!  They were all being judged by a panel of five and scored marks out of 10.  Once all the competitors in each group had completed their routines, the scores from each panel were totalled and a presentation ceremony took place.

We were so thrilled with our results - Ciara had got 1st place and Brooke 3rd in their group; Jay was 2nd and Archie 3rd in their group.  They got individual trophies for their achievements.  The girls won gold and silver team medals and the boys won gold! 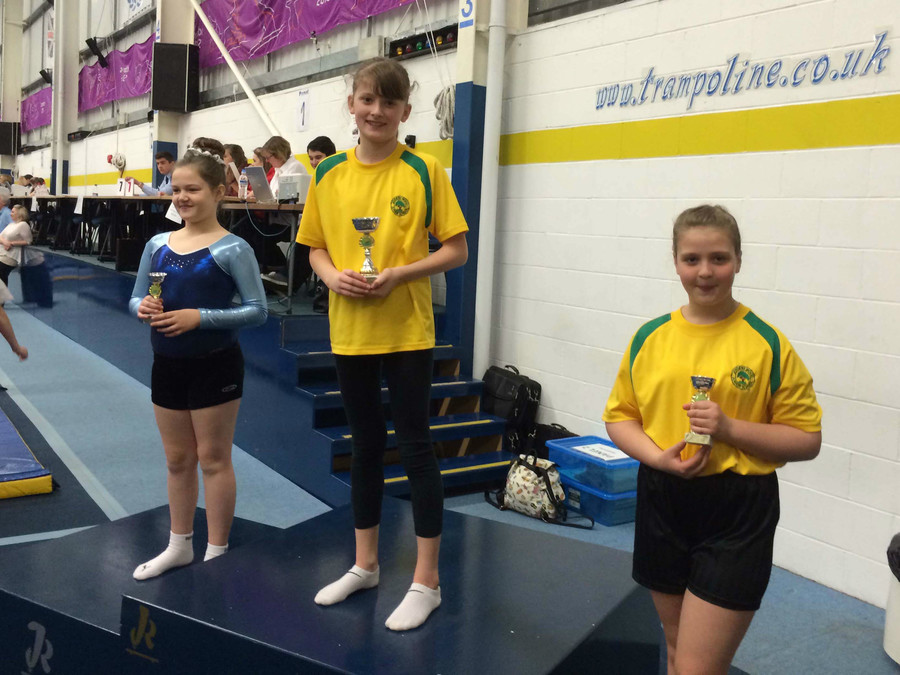 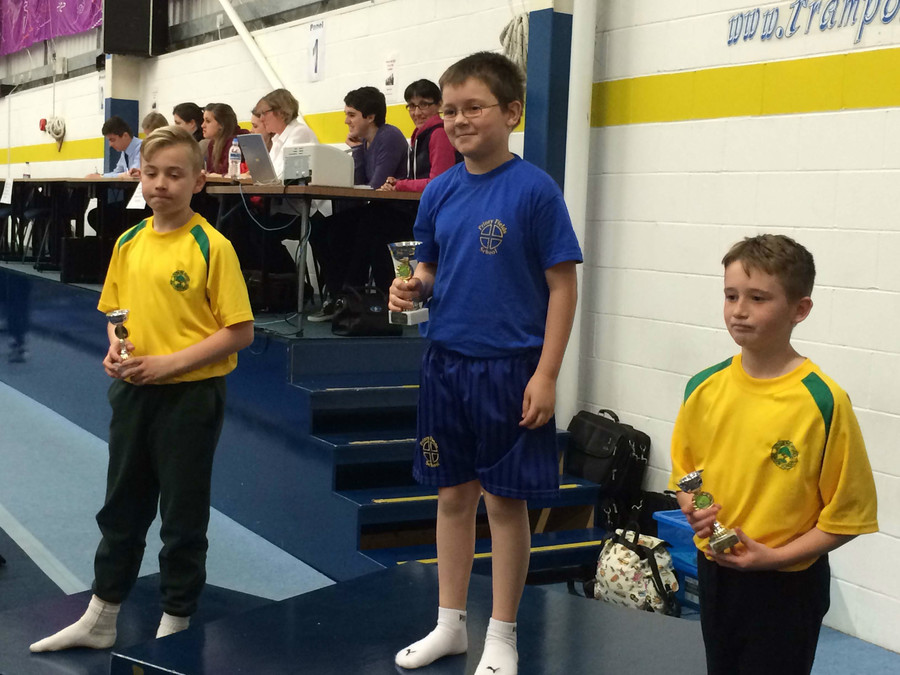 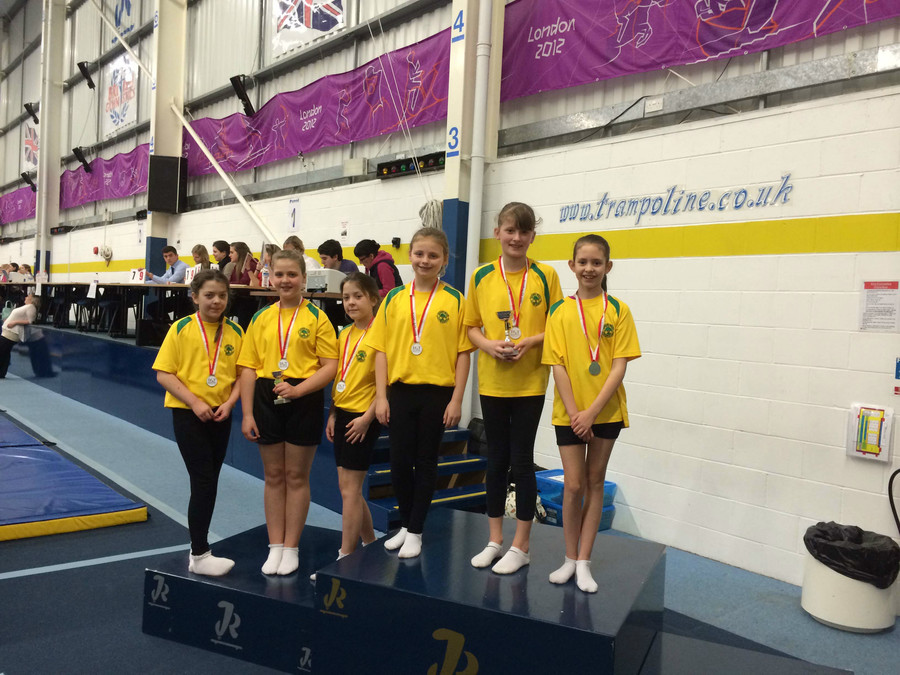 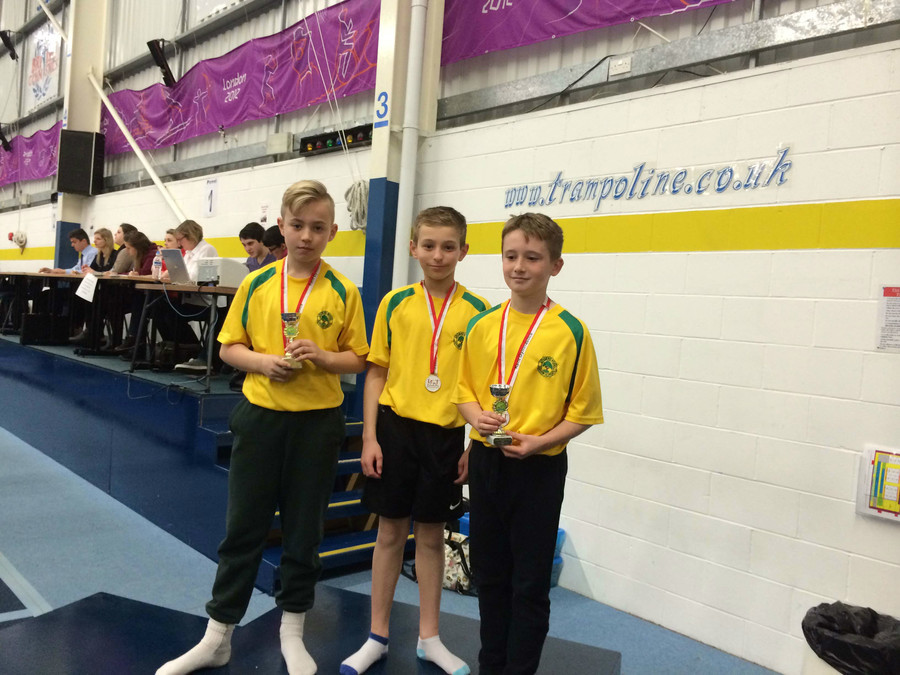