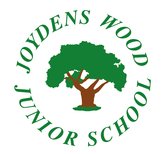 The Pupil Premium is an additional source of funding to schools that was introduced by the Government in April 2011. The purpose of the money allocated to schools is to improve the learning outcomes of those children considered to be at a disadvantage when compared to their peers. The money each school receives is based on the number of pupils who have been in receipt of Free School Meals (FSM) at any time in the previous six years, pupils whose parents are service personnel and pupils who Looked After, (in local authority care for at least six months). The numbers of such pupils are obtained from the data collected by the Department for Education at the annual school census in the Autumn term. The amount of money allocated to schools per pupil is subject to review by the Government/Department for Education as part of the schools’ funding settlement.

As part of the process of receiving the Pupil Premium Grant, schools are required to report each year, at the start of the Autumn term, how much money they have been allocated, how the money was spent the previous year and how they plan to spend the money this year. Schools must also report on the difference this spending made to the learning of those children in receipt of Free School Meals or who are looked after.

A copy of our Pupil Premium Strategy report and data can be accessed here:

We use necessary cookies to make our site work. We'd also like to set optional analytics cookies to help us improve it. We won't set optional cookies unless you enable them. Using this tool will set a cookie on your device to remember your preferences.

Necessary cookies enable core functionality such as security, network management, and accessibility. You may disable these by changing your browser settings, but this may affect how the website functions.